Finnish winter days are dark and cold. The sun rises only for short moment, and even then it is often cloudy, or the sun is so low that it can rarely be seen. A circadian clock is synchronized with daylight changes, and so without external stimulus from sunlight, my daily rhythm started to lag and spin around. Waking at morning was difficult task.

There is a ready-made solution for this, e.g. Philips does sell alarm clocks with build in wake-up lamps, that turn on at morning to artificially sync humans internal clock. Me being hacker, I had to make my own solution, as usual. END_OF_DOCUMENT_TOKEN_TO_BE_REPLACED 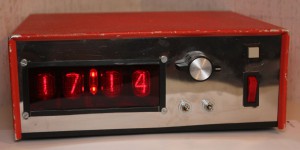 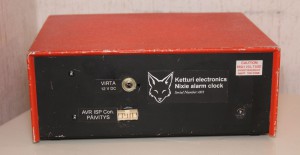 Front panel awaits to be replaced with aluminum panel, if I ever get it somehow machined. 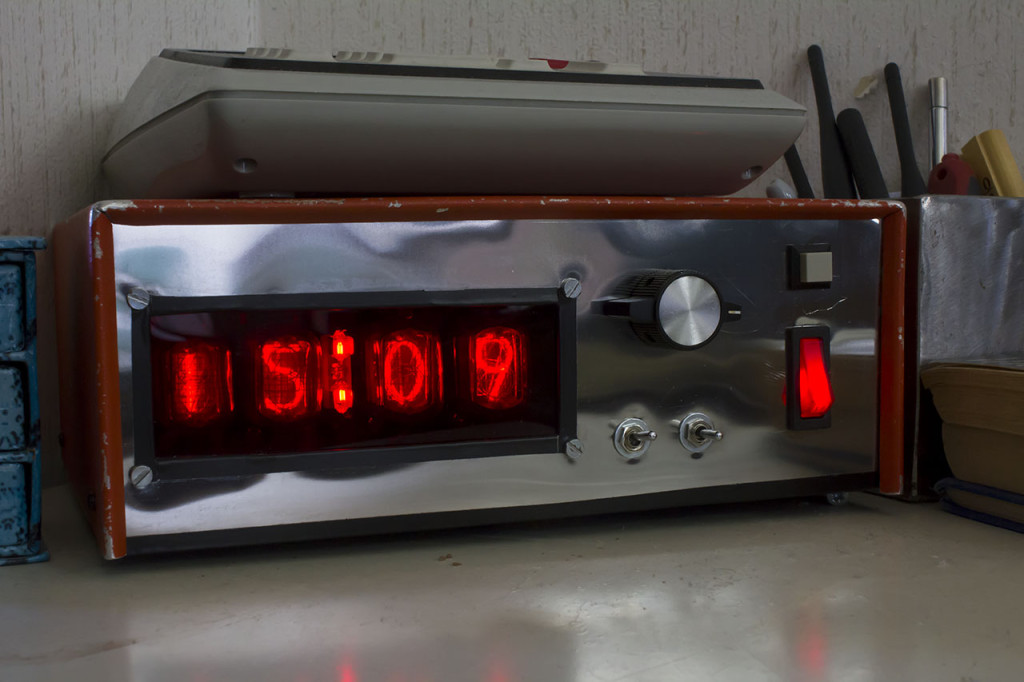 Can’t remember if there are any pictures showing ~ready sate. Still ticking accurately. Could add more functions and maybe battery backup for alarm, but it is very good alarm clock at now so might be left as it.

I have not been lately active at all. Sorry. I have not done much on electronics, just lied lazy in home. But I have some small updates. END_OF_DOCUMENT_TOKEN_TO_BE_REPLACED

Firmware for clock is in publishable condition at last. Now all major functions are implemented and no bugs are (yet) found. But there will be likely future versions with slight fixes and features. And yes, it is made with basic, terrible, horrible and not 1337 at all, but  it was easier and I could ask help from friend who have similarly constructed clock. There is also slight chance that I will translate this to avr gcc, but it would be big job, because it have not all functions and stuff. END_OF_DOCUMENT_TOKEN_TO_BE_REPLACED 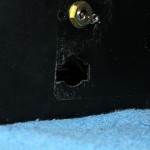 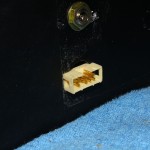 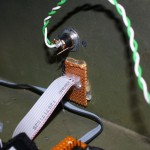 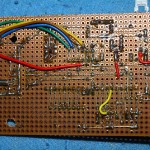 Bodged wires and not so good soldering. 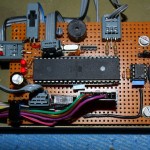 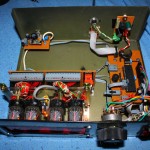 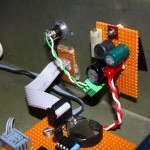 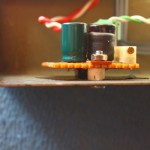 IC pinched to between board and metal for spreading heat 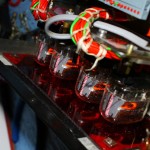 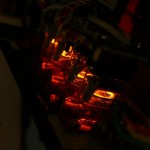 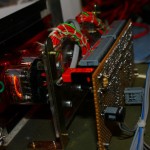 Tubes and controller board 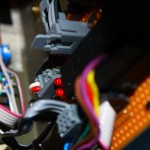 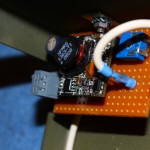 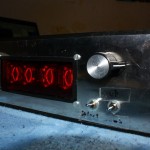 Everybody knows old 78xx linear regulators. They are ok for many applications, but are problematic for bigger currents. They drop and regulate voltage smoothly for circuitry, but because all excess voltage are dissipate as heat, they are very inefficient. For my nixie clock I needed efficient little power supply for 5V rail, so I created this little baby: 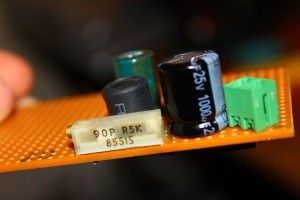 Look how cute it is!

END_OF_DOCUMENT_TOKEN_TO_BE_REPLACED 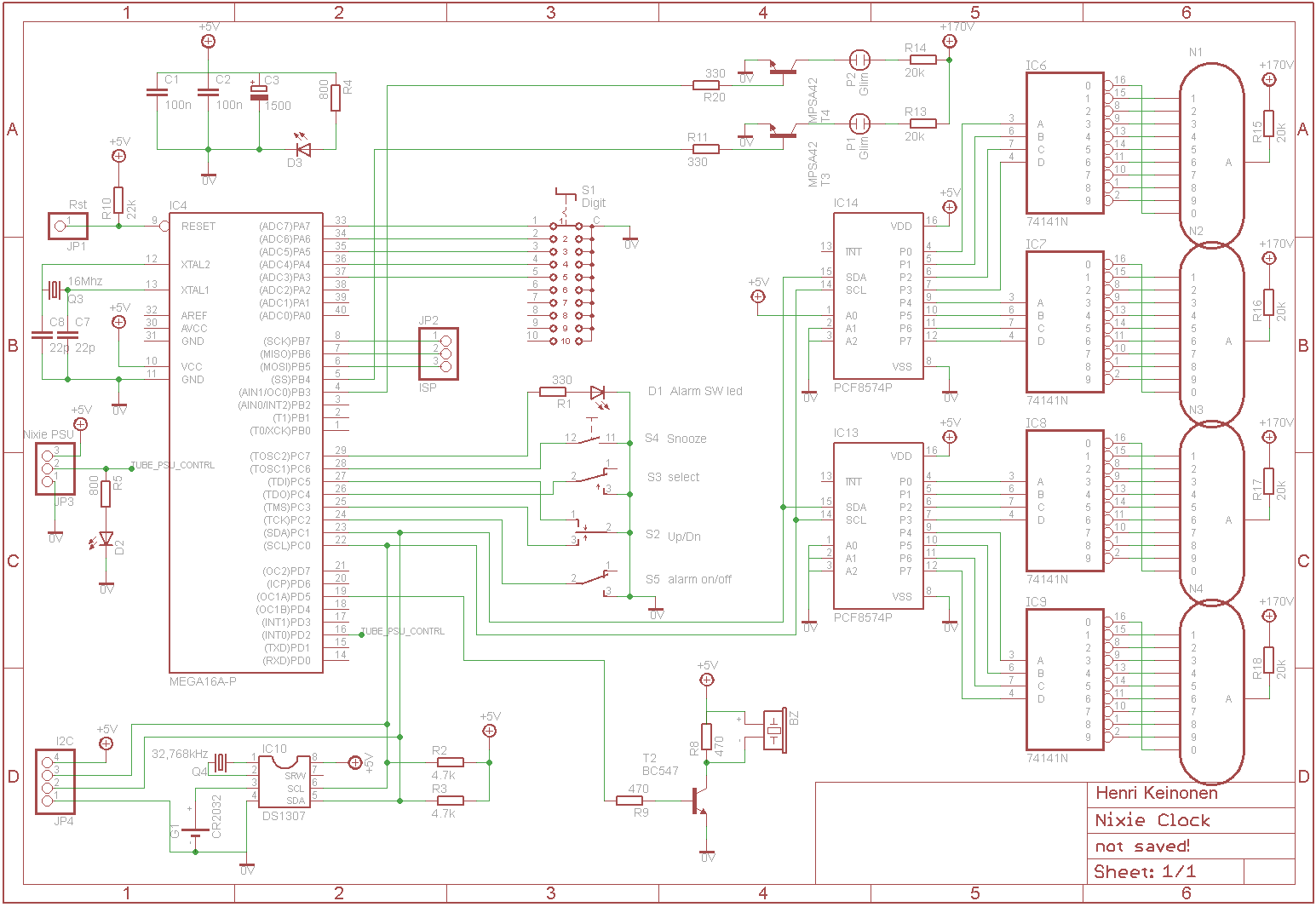 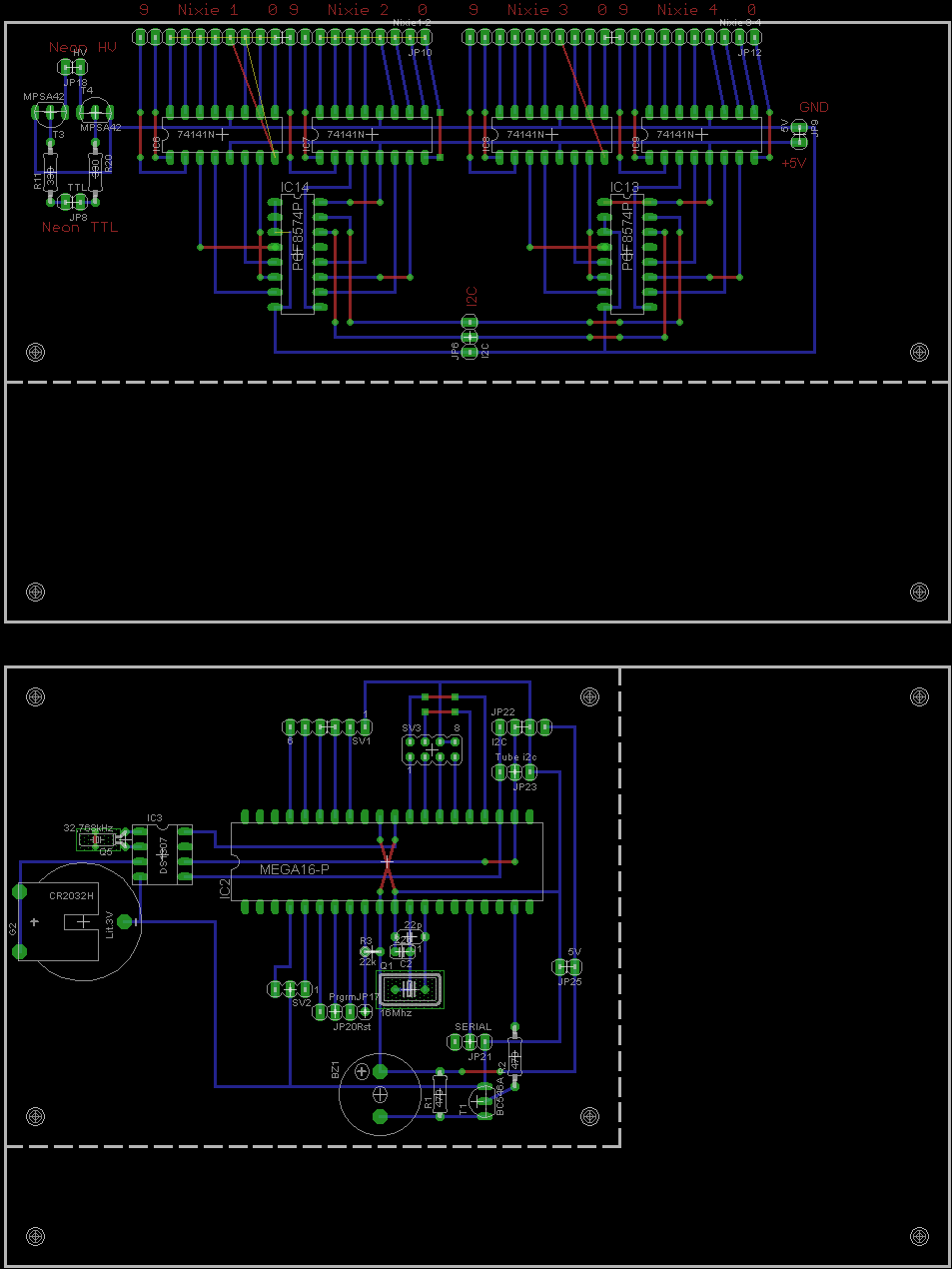 Now I know why I2C was not working in my nixie clock. Today I got an arduino nano from helsinki hacklab, and started to troubleshoot my circuit. Oddly RTC worked when I tried it in breadboard, and also in clock’s motherboard, when nothing else were connected. Also noticed that when nixie driverboard was connected, both of the i2c lines had weird resistance to 5v and ground. I once again removed driver board from case and measured. It was ok, of course. I didn’t even tough about cabling <.< END_OF_DOCUMENT_TOKEN_TO_BE_REPLACED 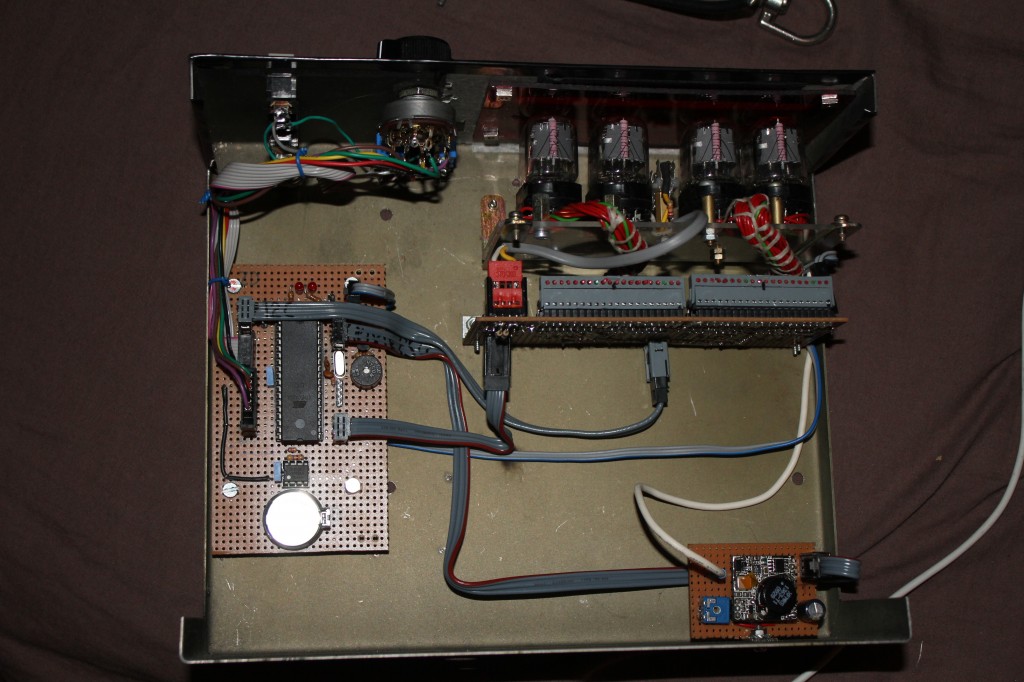 END_OF_DOCUMENT_TOKEN_TO_BE_REPLACED

Last night I did some documentation about my eternity protect, nixie-tube alarmclock. My English is not so great, so it will be full of  SYNTAX ERRORS. A friend of  mine will be editing it later on though.