I found some old HP/Agilent LED displays. They are common anode type, and have DIP 14 packages. I haven’t seen these before in real life, and I think these are beautiful little displays. 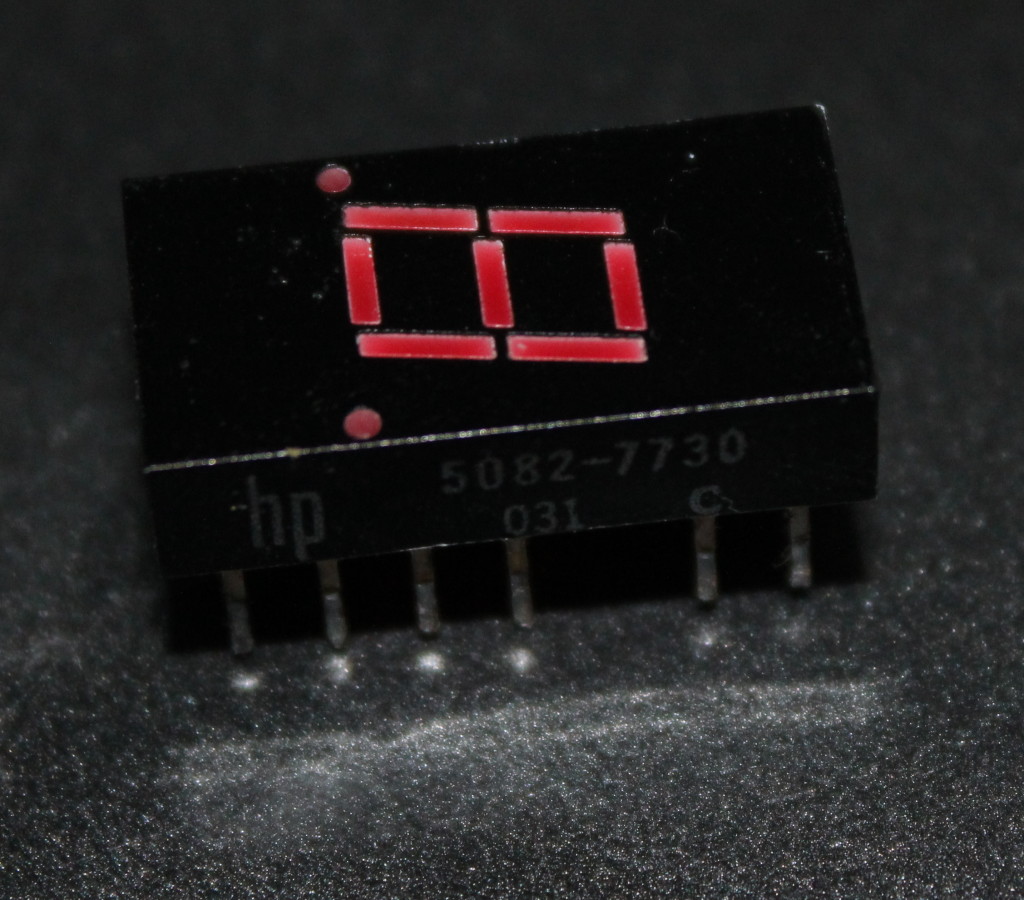 Of course I had to do something with these, so I dig out my breadboard & Arduino nano and push those displays down to board. Because these displays have atypical layout, they’re on top of each other rather than traditionally side-by-side. I striped some jumpers from wire, which was hardest and most annoying part. 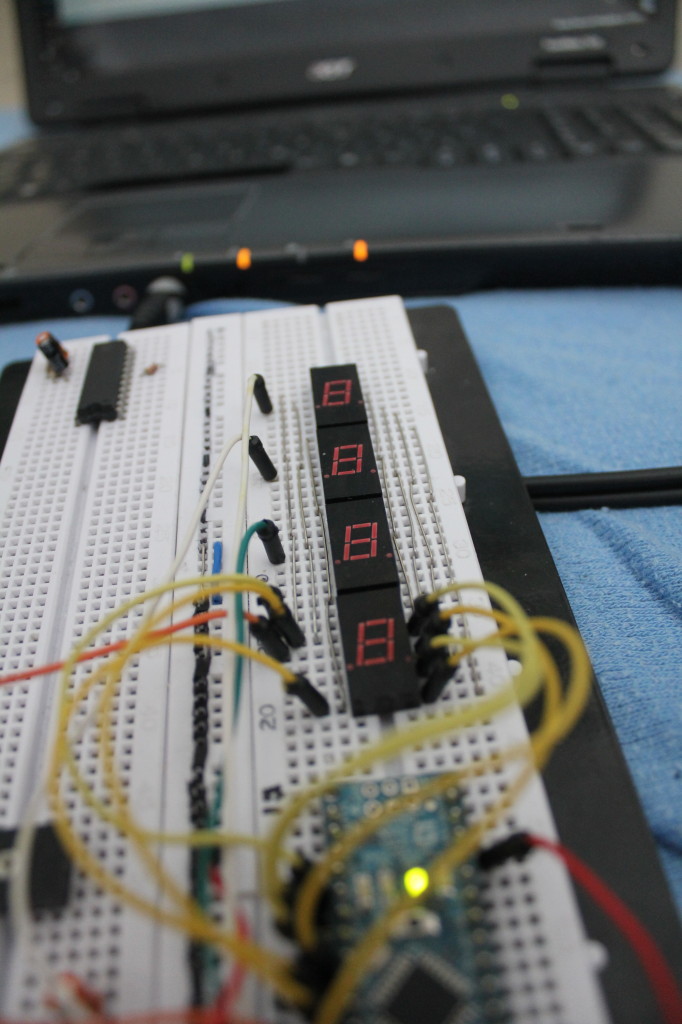 After some time and bunch of jumpers the wiring was ready. For multiplexing with arduino I used library called SevSeg, which is very easy to use even tough it may be too slow if there is much else code. I edited the example code so that it counts downwards. Just change line increasing variable to decreasing, and when variable is 0 reset it back to max value. Very simple. Code is otherwise in original state. 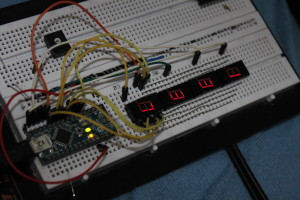